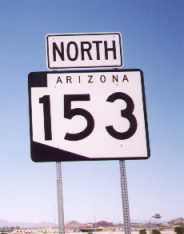 The Sky Harbor Expressway closely parallels the Hohokam Expressway for its entire route, nearly touching it where they cross the Salt River. It's officially a "multimodal transportation demonstration project" (you drive to the airport, then fly on a plane), usually a term for pork barrel highways.

With AZ 143 right there, it seems rather redundant.