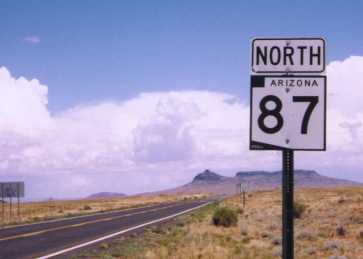 AZ 87 is being expanded to four lanes from Mesa to Payson, along the segment known as the Beeline Highway. It mainly serves campers heading to the Mollogon Rim country and White Mountains from Phoenix. 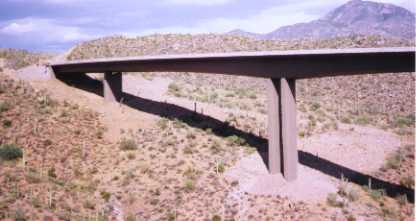 This is a giant new bridge for the southbound lanes south of Sunflower. This picture was taken from the existing highway, which will become northbound only. The SB lanes will cross over the NB lanes, avoiding a large loop through a side canyon.