The southern segment of US 89A became AZ 89A when the US highway was decertified. Before it was a US highway, it was AZ 79. They couldn't change it back, because that number had already been recycled.

The northern segment, which still exists, was originally part of mainline US 89. It became US 89A when mainline US 89 was diverted to Page and Glen Canyon Dam. While under contstruction, the leg south of Page was AZ 189.

US 89A used to rejoin mainline US 89 in Kanab, UT, but Utah has decertified the highway on their side of the border. It's posted as UT 11 there. 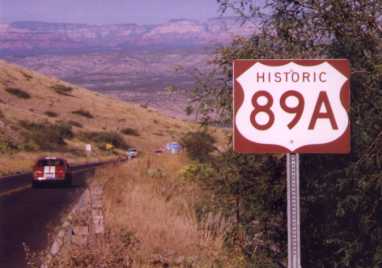 US 89A between Jerome and Cottonwood (now AZ 89A) is marked with the Historic signs. 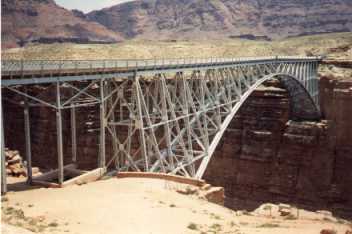 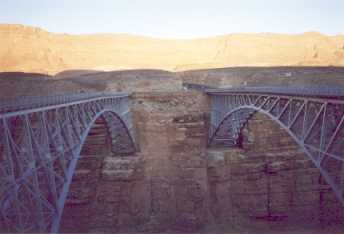 The 1928 Navajo Bridge over the Colorado River, before the construction of the new bridge in 1993, and after.