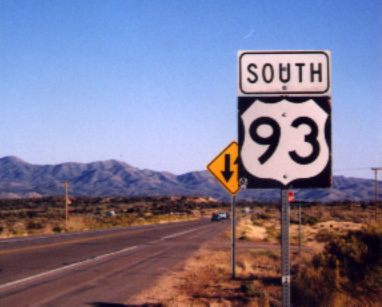 US 93 started as a multiplex with US 466 from US 66 in Kingman to Las Vegas. Arizona built a connecting road from Wickenburg to Kingman, and dubbed it AZ 93, extending it all the way to Nogales. US 93 was extended southeast in 1965 to meet US 89 near Wickenburg, but the remainder remained AZ 93 until Arizona dropped the number in 1984 or 85. When US 89 was decertified in 1992, US 93 was extended a few miles more to meet US 60 in Wickenburg. 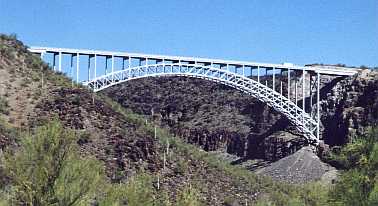 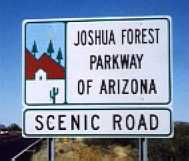 US 93 is the Joshua Forest Parkway from just north of AZ 71 to Wikieup.

US 93 has a nasty reputation for accidents. It has a combination of a winding two-lane roadway with lots of slow trucks, RVs, and party dudes that can't wait to get to Vegas before they start drinking. 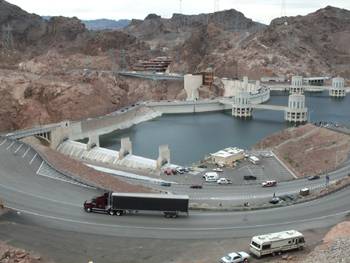 There is a proposal to improve US 60/93 from Phoenix to Las Vegas to provide a major north-south corridor called CANAMEX. An important part of the upgrade is to build a new crossing over the Colorado River. Currently, the highway winds down a canyon and crosses the top of Hoover Dam. Prior to 9/11/2001 this was a major truck route. 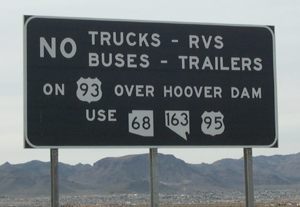 After the attacks on the United States, security became very tight. Tours have been curtailed, no pedestrians are allowed on the dam after dark, and all large vehicles are banned from the dam. These are sent instead through Laughlin, NV. Because of the steep grades through this area, some trucks are opting to take an even longer route via I-40 through Needles, CA.

This has made a new crossing even more critical. The official site has details on the plan, which would route US 93 over the river on a new bridge 1500 feet downstream from the dam. The road over the dam will be closed to vehicles, with visitors going to the parking garage on the Nevada side. 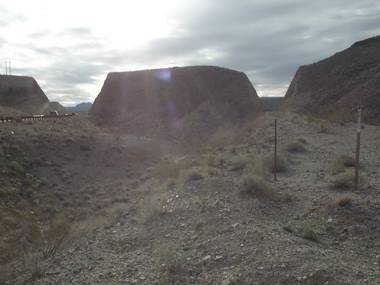 Southeast of the dam, you can see many cuts through the hills where the old highway ran. For some reason, it was rebuilt on a new alignment rather than widening the old. Although this is normally done to straighten a route, the old and new follow each other fairly closely.

A full interchange was built to replace the old T intersection with AZ 68. The exit even has a number, which is coincidentally close to the route number. But it's off by one.

Note that the milepost numbers increase as you go south, not north.